It wasn't just members of the city guard and charities who wanted to be immortalised on canvas—surgeons too regularly commissioned portraits. Their guild was an elite club and that's how they wanted to be seen. Preferably in action. On the dissection table lies the body of Joris Fontein, alias Black John, a Flemish tailor who turned to a life of crime and ended up on the gallows. His ribcage lies open and his brain has been exposed to the air. Once a year, Amsterdam's Guild of Surgeons would organise a public anatomy lesson, which would be performed on the body of an executed criminal. The surgeons' guild commissioned this painting from none other than Rembrandt. The coarse brushwork you can see is typical of Rembrandt's later work. And take note of his mastery of perspective—Black John's feet almost seem to be sticking out of the painting! Next to the body stands a member of the guild assisting Doctor Deijman. He holds the skull cap in his hand and watches attentively as the doctor performs the dissection. But why is the face of Doctor Deijman himself not to be seen? This was once one of Rembrandt's largest paintings: about 3 metres wide and 2.5 metres high. It was originally a group portrait that featured Doctor Deijman and eight master surgeons. But in 1723, there was a fire in the guildhall and the painting was irrevocably damaged. Seven of the portraits were completely destroyed and only this fragment remains. Thanks to a surviving composition sketch by Rembrandt, we can get an idea of how the painting originally looked, with all the surgeons in a circular gallery surrounding the dissection table. 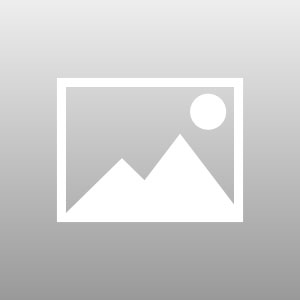 Museum Hermitage Amsterdam, in the iconic 17th century landmark along river Amstel, wants to draw upon art and history to inspire, enrich, and offer the opportunity for reflection. We present art exhibitions from the collections of the State Hermitage Museum in St. Petersburg (currently: "Jewels! The Glitter of the Russian Court"), of the Amsterdam Museum and the Rijksmuseum ("Group Portraits of the 17th Century" and "Panorama Amsterdam"), and of Dolhuys | museum of the mind ("Willem van Genk: WOEST") In addition, smaller exhibitions, such as the annual winner of the ABN AMRO Art Award are to be seen.