Welcome in The Passendaele Experience. Immerse yourself in the Third Battle of Ypres in 1917, also known as the Battle of Passchendaele. The battle took place in and around Zonnebeke and was one of the most destructive battles of WW1. Initially the Third Battle of Ypres is part of the British Flanders Offensive. The goal is to recapture the ports of Zeebrugge and Ostend. The Battle of Messines on June 7, 1917 is the start of the first phase, straightening out the southern front line. After being postponed for several reasons, one of them being the bad weather, six weeks later the second phase starts. On July 31, 1917, an attack by land starts with heavy bombardments. Just over 100 days later, the attack stops on the ridge near Passchendaele. The conquered land has turned into a moonscape, and gaining barely eight kilometres has cost dearly: 245,000 allied lives and 215,000 German lives are lost. The third phase would have been an amphibious landing behind German lines to recapture Ostend. But that landing never took place. 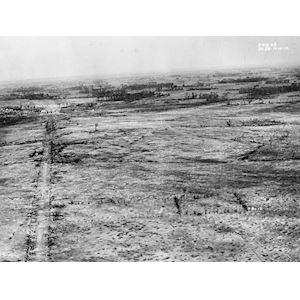